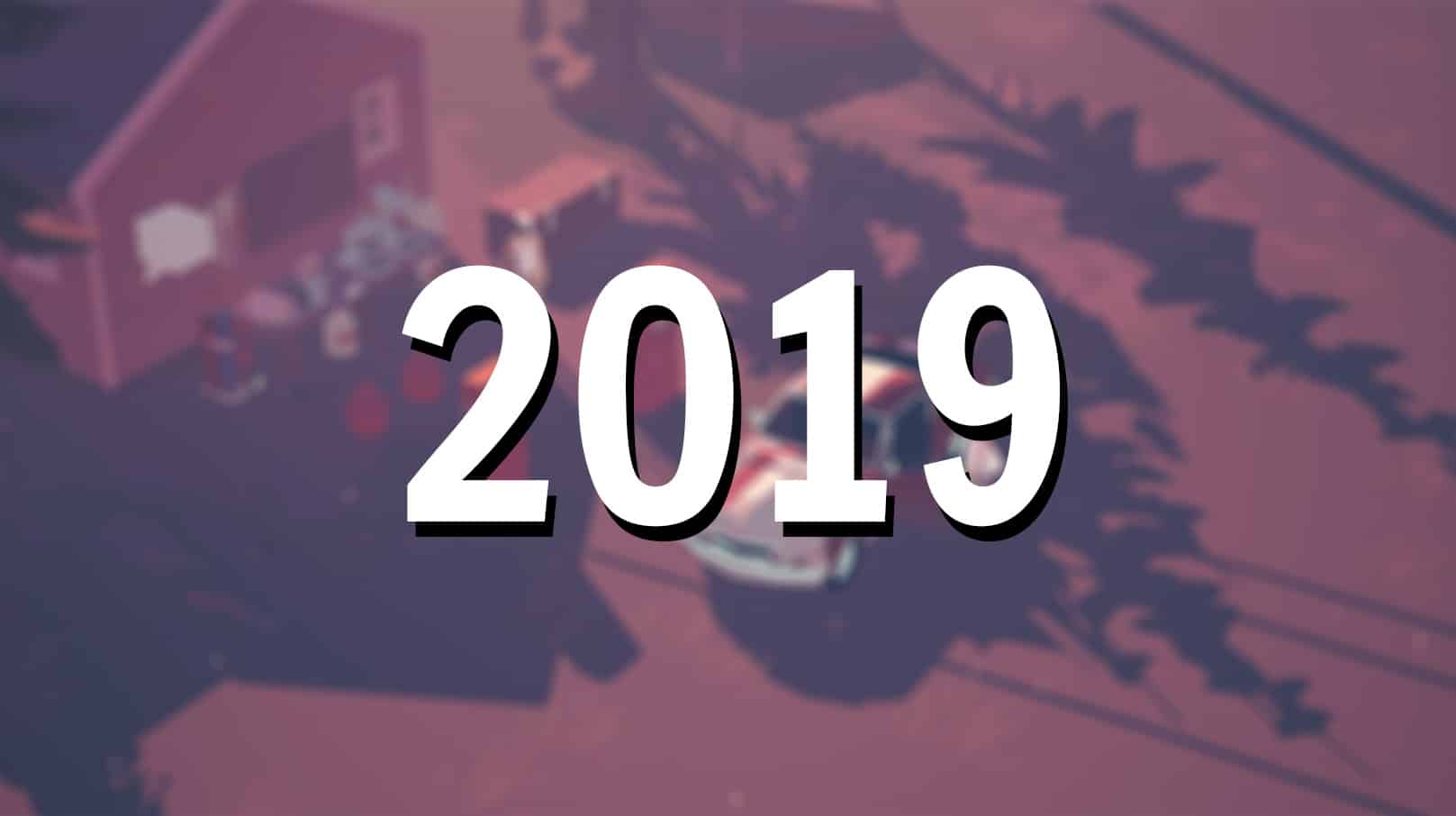 2018 has been a great year for the independent scene. Titles like GRIS, Celeste, Moonlighter, Minit, Below, or Dead Cells, among others, have delighted many videogame lovers. But, what does 2019 have in store to us?

In this post I’ll try to focus on studios and developers that have caught my attention in some way and may also catch yours. I will try to put aside those people whose games have already attracted considerable attention from the general public (like The last night, Tunic, Sable or Sea of Solitude) thanks to having been presented at big events like E3 (or other big events), and I will focus on those who from my point of view deserve more attention, whether they are developing ambitious games, or developers who simply participate in gamejams with smaller but interesting proposals.

Jacob, the only member of Glass Revolver, is the person in charge of ITTA, a bullethell in which we handle a young woman who has brutally lost her entire family, and who will travel through a hostile world in search of answers.
For what Jacob has shown of gameplay, Itta moves between the tranquility and warmth of a well developed pixelart world, and the harshness and difficulty of their frenetic fights with different bosses. A very interesting rhythm that reminds us to other titles like Titan Souls or Shadow of the colossus, in which before we met the hostility of each Boss, we had to travel a peaceful world.

Itta is expected for 2019 and we already have available its steam page.

Creator of one of those stealing hours games called Downwell, simple and challenging game, which despite being conceived for mobile, rises with more than 4000 reviews in Steam with Extremely positive assessment. If you like Roguelike games I recommend you to take a look.
Ojiro was working for Nintendo in 2018 but recently announced that he will leave the company to devote himself to what he really likes: indie development.

Don’t lose sight of anything this man does as his previous work left us with a very good feeling.

One man Indie dev making Farblade, a kind of arpg set in medieval fantasy with an aesthetics very peculiar, camera in rotary 3D isometric view but with a quite eye-catching pixelart aspect. The result is quite surprising. At the moment it seems like he’s still creating the mechanics and defining what the gameplay will be, but it’s interesting enough to keep track of it this year.

It is made of two passionate Argentinean brothers who are also developers. They have been since the beginning of 2017 approximately immersed in the development of Knight of Exile, an open world in 2D with RPG elements and a hack and slash combat system set in a fantastic medieval era. The pixelart, animations and mechanics look very polished.

The game has changed a lot since its first version until now as we can see below.

Surely they have spent an enormous amount of hours developing everything they are showing on their Twitter account in small videos. So if you like this kind of games as much as I do, you shouldn’t lose sight of DonXuglo Games and their Knight of Exile.

Pixpil is a small studio based in Shanghai managed by three persons: Tommo Zhou, Hong and Feng. Together they are building Eastward – A game that thanks to its pixelart is getting the attention of many lovers of this style of video games.
Hong is the artist behind the incredible pixelart. The most peculiar thing about the aesthetics of this game is the complex lighting system that fits and adapts perfectly with the highly elaborated pixelart, getting a feeling of warmth that is really wonderful.

Mother 3, Ghibly’s films, Tekkonkinkreet, and post-apocalyptic worlds like Fallout are some of the references that inspired them to create Eastward.

Here we have Brace yourself games, a small studio located in Vancouver directed by Ryan Clark, responsible for the mythical Crypt of the Necrodancer.
They are currently developing Industries of Titan, a City-builder with elements of Strategy in real time.
The art of the game falls on the hands of Antoine Lendrevie (better known in social media as Sir Carma) an artist whose greatest virtue is the voxelart, a characteristic style for being composed only of cubes. Like Minecraft? YES!, LIKE MINECRAFT!. With the exception that Sir Carma takes everything to the next level.

Ryan Clark, after seeing Antoine’s art through his social media, contacted the artist with the intention of making him part of his team as Art Director. Antoine accepted the proposal and they have already shown some images of the game.

Industries of titan will be released throughout 2019 in Steam, where we already have the game page available to add it to our wish list.

I don’t know much about this developer, only that he’s from Berlin and is developing DeathTrash, a post-apocalyptic world with hints of science fiction, cyberpunk, terror and grotesque black humour. As they said on KillScreen “Gross, but you won’t be able to look away”.
It’s been in development since 2015. There are some images of the project:

This developer with more than 30 small games made mostly as participations for gamejams, caught my attention by the mime he devotes to his games. A simple but clean and attractive pixel art, fluid and precise controls and mechanics of the most peculiar. For example, WindowFrame, one of its games, has as its main mechanics to resize the screen literally with your mouse so the character can use it in his favor and progress.

Surely throughout 2019 Daniel will surprise us with some well executed ideas.

Mike Blackney, Australian developer, is currently developing Dead Static Drive or how he defines his game “Grand Theft Cthulhu” (thank goodness I just wrote it and didn’t have to pronounce it).
It is not very clear since when he has been developing this interesting proposal. He says that he started making a prototype with UDK in 2010, but when Unreal Engine 4 came out he rescued his old prototype and tried to give it a nostalgic retro touch.

Anyway, Dead Static Drive looks great and promises a survival horror located in a deep and fictitious North America in which we’ll need to use our vehicle to move through the different locations and defend against different creatures with a good assortment of weapons, a combination that awakens my desire to play it very strongly.

After my participation in ludum dare 43 I spent several days trying games from different developers who had participated in the jam. One of the ones that caught my attention the most was Twist of souls, the game of Fran Tovar, game developer from Barcelona.
A clean and very pampered minimalist pixel art, fluid controls and a very accurate sound made this game become one of my favorites of all the ludum dare 43.

I think it will be worth having Fran in the spotlight during 2019.

Twist of Souls on Itch.io

Which ones have caught your attention the most?

Would you add any more that are not in the post?